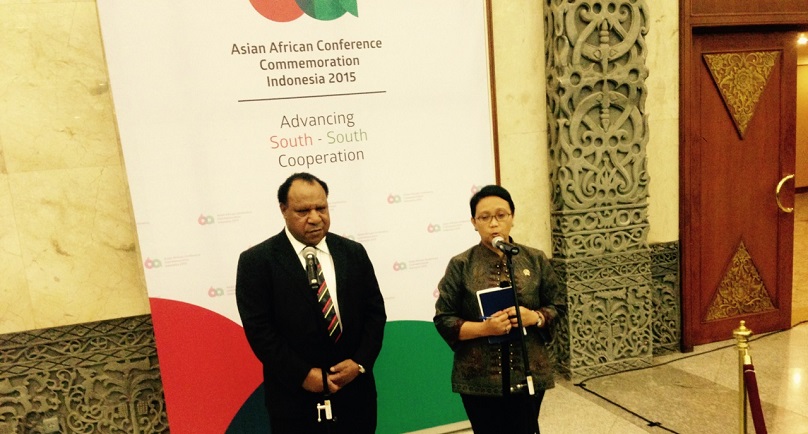 Minister Pato said, PNG is seen as a bridge that links other Pacific Island countries. The minister stated that at the recent 60th Asian African Conference held in Indonesia, member states concerted for resolutions for the South-south Cooperation and strategic partnership.

Pato said countries will build on this while reaffirming commitments in freedom, peace, security and respect to human rights.

“We are building on the New Asian-African Strategic Partnership that was signed at the Asian African Conference in Bandung, Indonesia, ten years ago.

“Papua New Guinea is engaging with other countries to share information and work closer in areas including tourism, small and medium enterprises, food security and energy security.

“As our economy grows we need to be a party to this engagement so that we can learn from similar development experience around Asia and Africa, and where appropriate, we apply these in our Pacific Island nations.”

The foreign minister called on all members to maintain consultation and to follow-up on commitments made at the Asian African Conference.

The conference was attended by 116 countries.