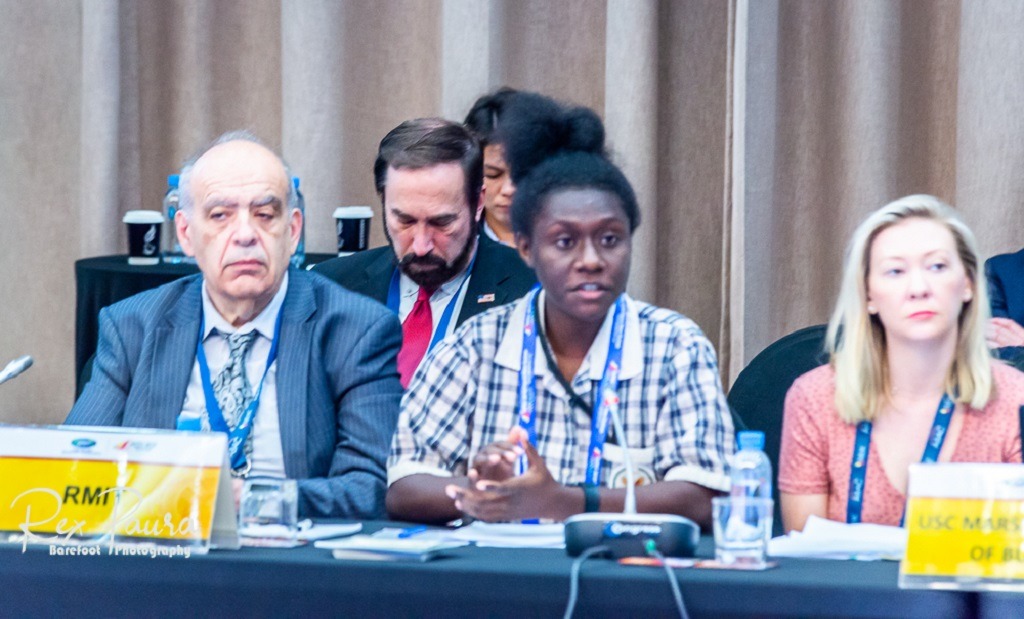 The presentation was based on the PNG Case study by RMIT  based on data provided by Blockchain Pasifik.

Ms. Sailas asked that solutions need to engage views from the youth when developing technology.

“I have the knowledge necessary to design the solution, all I need is means to begin working on it,” said Ms. Sailas.

Kopkop College’s design is called the Birdwing, a similar system to that of the NID system.

The Block-chain Technology is touted as a centralized system of computers with saved volumes of data stored in several million servers around the world, now collectively known as the cloud, and can be accessed by a 2G Network.

The Supervisors of the project, Nou Vada and Rex Paura say the central database system will cut out the “middleman” and have heightened security when adopted into Government systems.