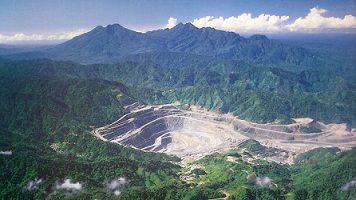 A Law and Order Sectorial Committee meeting has revealed much still needs to be done to makPNGtruly safe and corruption free country.

The discussion was organised bythe Consultative Implementation and Monitoring Council.

The dialogue was focused onthe status of Law and Order inthe country.

The Royal Papua New GuineaConstabulary being identifliedthe main player in this area has a lot of improving to do.

Whilethe constabulary receives much criticism of failing in its main function in providing safe societies for the people, it also hasthe added responsibility of protecting public monies.

The NEC established Task Force Sweep Team even after recovering more than K50 million from corruption sayPNG is still not in a position to fight corruption.

The Chairman of Task Force Sweep Team, Sam Koim said overtime corruption has weakenedthe public service missionary; and as a result it has widenedthe gaps for stealing. The chances of being caught are narrow as we do not have detection mechanisms

Proposals were also put forward by members ofthe committee to come up with best solutions to address issues identiflied.

The discussions fromthe meeting will be brought up tothe National Planning Committee and eventually tothe NEC.