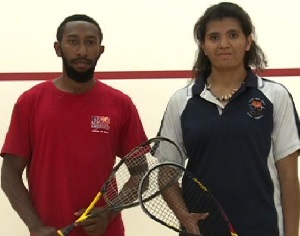 Papua New Guinea will be represented by 12 young athletes and 10 officials at the fifth Commonwealth Youth Games taking place in Arawa, Samoa from September 5-13.

A total of nine different sports are scheduled for the games, with over 2,000 athletes taking part representing a total of 72 countries.

Athletes from PNG will be competing in six of these sports; athletics, boxing, squash, swimming, tennis and weightlifting.

The PNG Olympic Committee, members of the sporting fraternity and families of the athletes gathered at the Taurama Aquatic Centre to farewell the athletes. Minister for Sports, Justin Tkatchenko, said with the help of the brand new facilities these new and upcoming athletes have the chance to do extremely well at the games.

Chef de Mission, Alurigo Ravusior, said that the athletes will not only take part in the games but also in cultural activies outside of the games.

The team will leave Port Moresby for Samoa, via Australia, on September 1.