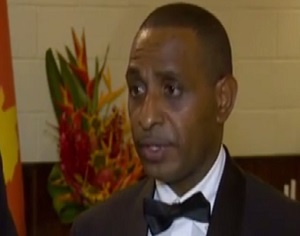 Papua New Guinea’s disciplinary forces are continuously put in the spotlight for the ill behaviour of rouge officers who bring the overall image of the police, defence force and correctional services into disrepute.

A growing concern for the forces’ hierarchies; work is being done, behind the scenes to improve the public image of PNG’s three disciplinary forces.

On Friday night, January 23, the NCD metropolitan command and the Australian Federal Police hosted a dinner event which brought together members of the PNG Defence Force and the Correctional Service.

The dinner, aimed primarily at rebuilding the tradition of working as ‘one disciplinary force’ is a new initiative of the NCD metropolitan command, to work in partnership with the PNGDF and PNGCS, in serving the people of Papua New Guinea.

And with the support and advisory services of the AFP, the police partnership program is creating avenues aimed to instil a positive relationship between the community and police.

Cases involving police personnel, such as the recent killings of two villagers from Hanuabada in Port Moresby, paint a negative picture on the force.

In the mist of all these chaos, the police hierarchy says it will not entertain ill behaving officers and appropriate disciplinary actions will be taken against those officers directly or indirectly involved.

Meanwhile similar sentiments were shared by CS Commissioner, Michael Waipo on the new initiative to have all three forces working side-by-side. He made his intentions known, to support the cause, at the passing out of the year’s first batch of correctional officers from the Bomana Correctional Institute on Friday.

Waipo said he looks forward to piloting cadetship training with Defence Cadet Officers with the objective of raising disciplinary standard in both the PNGCS and PNGDF.