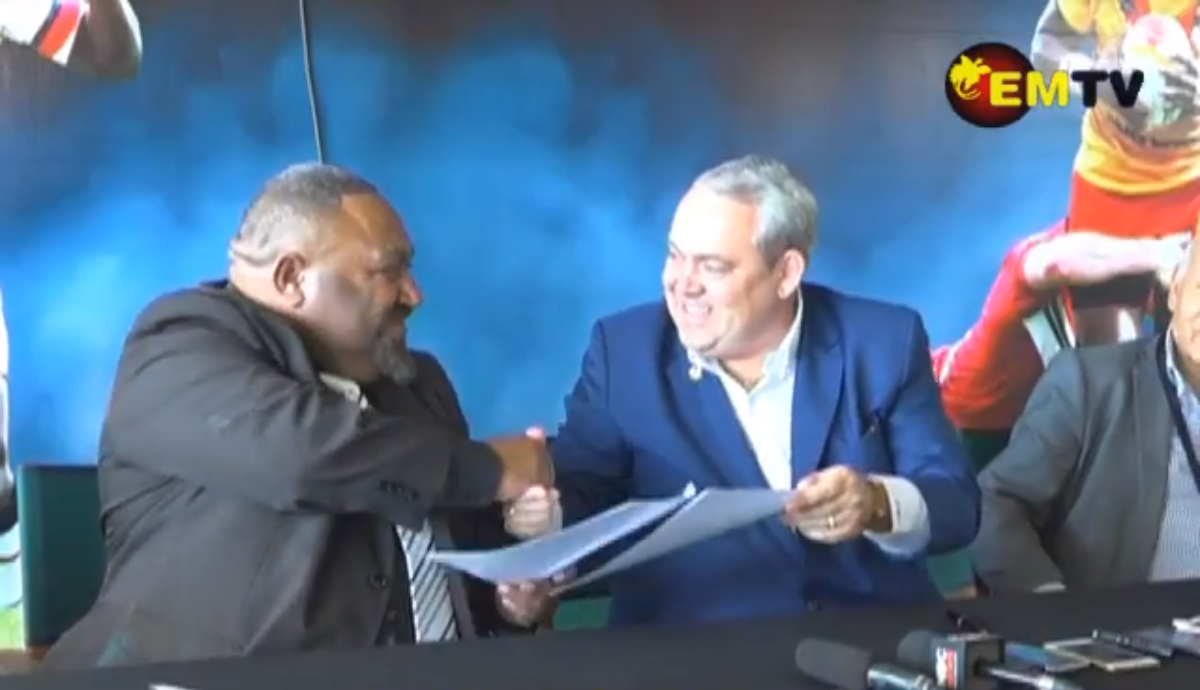 APEC Minister, Justin Tkatchenko, signed an agreement with the Papua New Guinea Rugby Football League to use PNGRFL games to promote APEC in the lead up to the Leaders’ Summit in November.

This agreement will see all PNRFL sanctioned games and competitions have the APEC branding on its uniforms, venues, and other sporting materials, including commercials.

Minister Tkatchenko says with rugby league being the national sport in the country it will be a good platform to create awareness on APEC.

PNGRFL Chairman, Sandis Tsaka, upon signing the agreement soon laid out immediate plans as to how PNGRFL will carry out APEC awareness. He stressed that all PNGRFL matches including those that are run in schools will be displaying the APEC logo.

The first APEC branded jerseys will be worn by PNG Kumuls on Saturday, June 23 for the Pacific Test Series; the squad will be announced this Saturday after the Intrust Super Cup game where the SP PNG Hunters will be playing the Ipswich Jets.

Minister Tkatchenko says his team will be continuing to carry out major APEC awareness programs throughout the country so that people in rural areas also understand what APEC is about.

Ok Tedi has moved from ‘death row’ to a ‘sweet spot’, says CEO

PNG: Important Avenue for Economic Investment in the Pacific