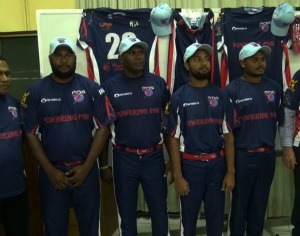 The team received timely support from long time supporter and sponsor PNG Power over the weekend with a set of new uniforms that they’ll wear proudly in the semi-professional competition in Port Moresby.

The Men’s Softball team is one of oldest teams in the Port Moresby Softball competition, which started back in the early 70s.

PNG Power continued its support for the club because of the company’s long serving staff, and their children’s commitment and loyalty to the team has seen numerous successes over those years.

Though there are many constraints and obstacles along the way, the team still maintains its good reputation in the competition week in, week out.

The semi-professional competition is on every weekend at the Bisini Softball Grounds and the PNG Power Men’s softball team are the lead contenders among many other teams.