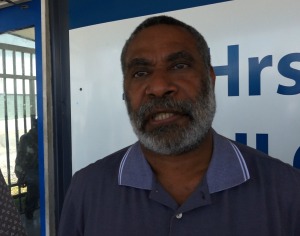 “The recommendations will be released after the study is completed and presented to PNG Power’s top management, the board and the national government,” said Bigiglen.

It comes amidst ongoing public demand to improve power supply to Lae.

Chronic power blackouts in Lae city have been a problem for the public and business houses for over a decade.

Most of the blackouts in Lae have been caused by technical faults that range from damaged power lines to old equipment.

Lae is growing and in the next five years, there will be five tuna factories, the Wafi gold mine will be in operation and the Lae wharf will berth ships.

Many of the industries developing in Lae will need a steady supply of power.

“For the longer term they are doing a study on the Ramu grid, that means all the generation, transmission and distribution, that will cater for 2016 to 2030, so once that comes through we expect to see an improvement, that’s in the Ramu system that includes Lae, Madang and the Highlands centre,” said Bigiglen.

But as the wait continues, PNG power has been in crisis this week. There are ongoing changes in the top management posts. The company has a new Chief Executive Officer and Managing Director.

Recommendations from the JICA funded study will be released to the company’s top management and board.

But today there is some level of positivity, new cars for the Lae branch, and though it marks change, some long serving workers say the cars need to be looked after by younger members of the company.