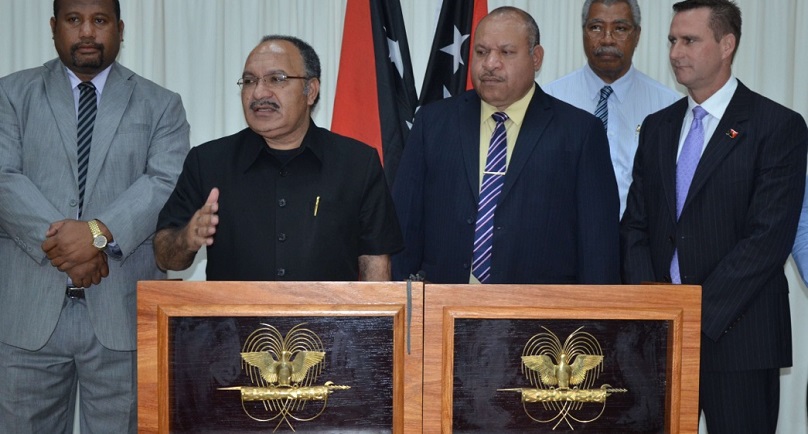 An agreement between ExxonMobil and PNG Power will see cheaper power delivery and increased power supply to Port Moresby.

Under the agreement, PNG Power will buy electricity at 25t/(kwhr) from ExxonMobil, which is half of the current diesel rate of 50t/(kwhr).

The agreement will come into play before the Pacific Games in July and coincides with the government’s aim of strengthening power capacity through collaboration with the private sector.

“The agreement signed today between ExxonMobil and PNG Power will provide for a 50 per cent saving in the feed-in cost of power generation.”

This will see an estimated K35 million saving between July and December this year.

The Prime Minister said the agreement paves the way for ‘reliable and affordable’ electricity for businesses, families and communities. He cited the shortfalls currently faced in meeting electricity demands.

“The agreement that was signed will ensure that our current energy demand in Port Moresby is met. Demand has around 150 megawatts each day but only 130 megawatts has been able to be generated.

“This shortfall had led to load-shedding and blackouts, and while there will be pressure on the grid at peak times, the problems of the past are less of a concern. The posts to carry the wires to the PNG-LNG facility are currently being fabricated and pole locations being prepared to ensure electricity can be wired into the grid by early June…

“The Pacific Games in July will place additional pressure on the Port Moresby energy grid and we will have the capacity to meet this demand.”

PNG Power recently went into a state of emergency with the aim of recovering K138 million in outstanding power bills.

Power blackouts, shortages and load shedding were the pretext to the Prime Minister’s decision to purchase two gas turbines from General Electric at the combined cost of K104 million. The turbine in Kanudi was installed and put to use late last year (left), while the turbine in Lae was activated in February (right), providing an additional 25 megawatts to the city supply.

Free Education: Schools in Morobe yet to receive Teaching and Learning Materials