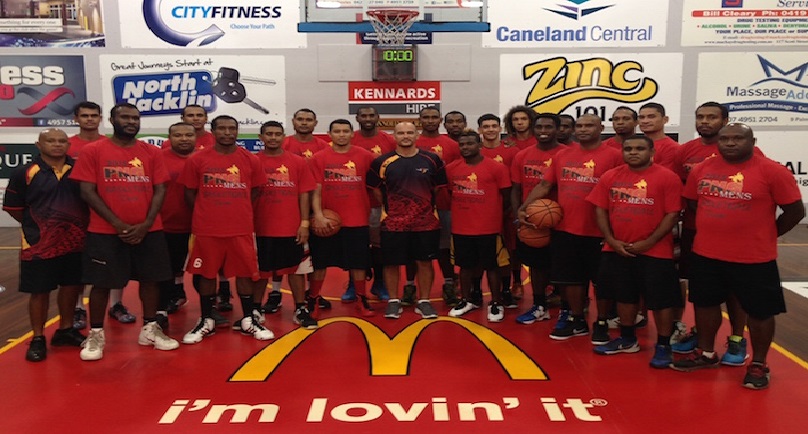 The PNG Men’s Basketball team is in their fourth day, of a week’s training camp in Mackay, Australia.

Despite missing out in the Mackay Australia Day Weekend Tournament, the 20-Men team will be divided into two teams to play against themselves as part of their training in camp.

During the seven-days training camp, the team will take part in 12 on –court training sessions.

The team went up against the Mackay Meteors U-23 Mens team on Sunday, February 1.And on Tuesday; they will face the MacDonalds Meteors Mens side, who have been competing in the Queensland Basketball League.

Mackay Basketball Manager and PNG Mens Basketball Team Head Coach, Joel Khalu said, the training camp is great preparation for the team as they prepare for the 2015 Pacific Games.

And hope that the Papua New Guinea fraternity in Mackay comes along to watch and support the team as they tackle both matches.