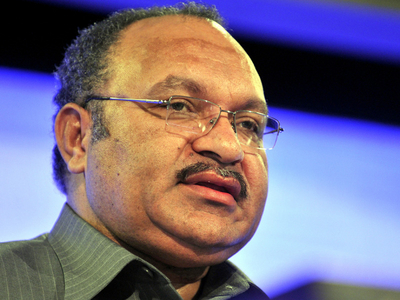 Papua New Guinea is working on improving its infrastructure and stamping out corruption, which will make it a more attractive place to do business.

This was announced by Prime Minister Peter O’Neill today during the Mining Conference in Sydney.

“We have to get serious about the cost of doing business in PNG. We cannot afford to be complacent about costs. It is an issue my government must and will address,” stressed O’Neill.

PM O’Neill also said that the PNG political environment had continued to stabilise since the elections earlier this year that would be of benefit to the resource companies seeking to do business in the country.

“We have established a very strong and very stable political environment. We will soon make it stronger and more stable,” O’Neill told the conference.

Mr O'Neill said the new government was also working hard to stamp out corruption, which was often an impediment to business, and had set up a taskforce to tackle the problem.

“We will take an uncompromising stand against corruption that our people are now demanding. I will not pretend we can eliminate corruption completely but we will give it a very good shot,” he said.

He says the new government would also invest in much-needed infrastructure, which included roads to mining projects and improved telecommunications, which would encourage resource companies to invest in PNG.

Productivity was another issue that PNG planned to tackle.

Mr O'Neill said the government was planning to establish a productivity commission.

The government was planning to review its taxes on mining and petroleum companies, but Mr O'Neill stressed that any changes would not act as a disincentive to business.

It would also be encouraging mining companies to keep their fly-in, fly-out arrangements for employees within PNG, in order to provide increased benefits for the local economy.