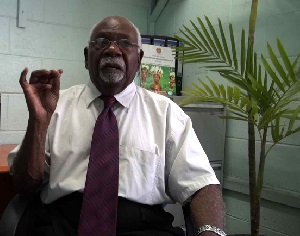 Apart from the usual colourful celebrations, September 16 provides a time of evaluation and reflection for those here in Papua New Guinea.

Concerns on the state of roads and other infrastructure, education and health services remain a topic of discussion 40 years on in the country.

Those questions were put to the former PNG Governor General, Sir Paulias Matane, to obtain his views on the progress of developments in the country.

“We have just celebrated our 40th anniversary of political independence, but are we truly independent…are we truly developing?” Sir Paulias said.

Sir Paulias Matane is one of many PNG politicians from East New Britain province, who has been part of successive PNG governments in the years following independence.

He was the first PNG Ambassador to the United States, and stood with Sir Michael Somare when the first PNG government was formed in 1975.

“We have to be very careful, that the people whom we invite to come into our country would be honest people…who would do the right things not only for themselves, but for the people of Papua New Guinea”, he said.

His arguments were centred around exploitation of natural resources by foreign developers, who are seemingly taking over the country’s non-renewable sector.

The independence celebrations may have ended, but the ripples of the significant day will be remembered over the next 12 months.

PNG on An Economic Mission