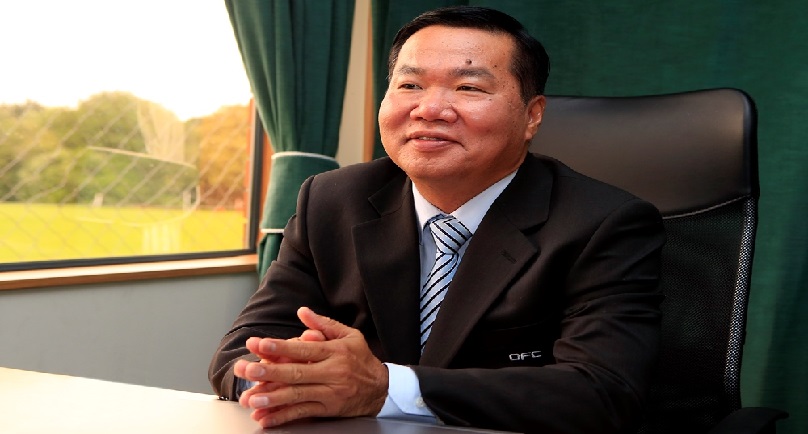 Some achievements include the development of football academy and the staging of Oceania FIFA Women’s qualifier in Kokopo last year.

With his re-election as OFC President, Chung also retains his position as a Vice-President of FIFA.

Chung, who is also the PNG Football Association President, was the sole candidate for the presidential seat. Chung was first elected for the post of OFC President in January 2011.

The 52-year-old who began his career in football administration, first as a referee, then coach, was elected as President of PNG Football Association in 2004, a position he still retains.

Born Chung Kim Hiong on 13 July 1962 in Malaysia, he first arrived in Papua New Guinea at age 23 on a business trip while working for a multi-national company involving logging, hotels, retail and wholesale.

The former coach, player and referee had a ready affinity for Papua New Guinea, particularly the Highlands region, and quickly became a resident. He has gone on to develop a variety of successful importing and exporting companies.

Mr. Chung was involved in rugby league for a short period but became focused on administering football in the Highlands area where he helped secure outside funding as well as contribute personal finance towards youth development programmes.

Since his election as PNGFA President in 2004, Mr. Chung has worked tirelessly to improve the status of football in Papua New Guinea despite the country’s developing status and geographical challenges proving to be obstacles.

The 51-year-old, who speaks at least four languages, can be credited with implementing a variety of key initiatives including the historic milestone of launching the first ever semi-professional football competition in 2006.