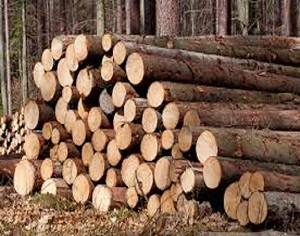 The report made several claims about the logging industry in the country.

In a press conference this afternoon, the minister responsible claimed all logging transactions are conducted within PNG law.

The report has called PNG logging a great heist thanks to massive tax evasion and financial misreporting by foreign logging companies, allegedly resulting in the non-payment of hundreds of millions of dollars in taxes in Papua New Guinea.

Tomuriesa says such reports by the Oakland Institute are a misunderstanding of what the PNG Forest Authority has done for the country.

He added that the PNG logging industry has contributed greatly to the country’s economy.

“Every year, we raise more than K300 million in terms of internal revenue for the country,” said Tomuriesa.

In response to the report claiming that logging companies have used the SABL to access new forest resources, Tomuriesa says the PNG Forest Authority have no authority in the granting of SABLs.

In terms of export, Tomuriesa says there are difficult processes that must to be followed through by the PNG Forest Authority, SGS and Customs before the exporting of logs.