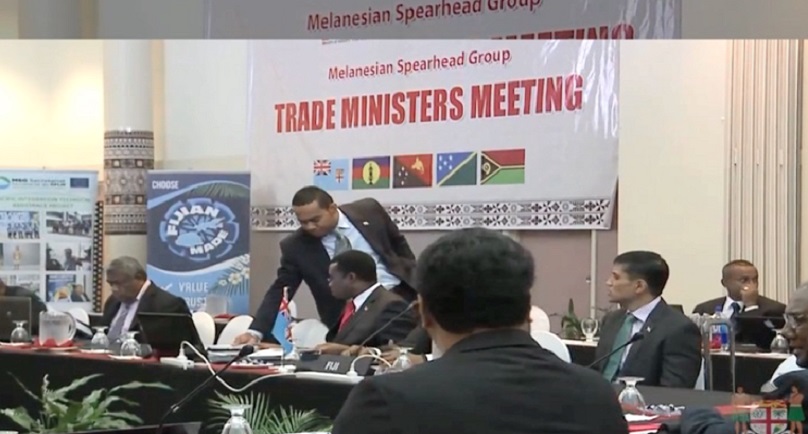 Minister for Trade, Commerce and Industry, Richard Maru, said he is unhappy with the trade imbalance that exists between Papua New Guinea and Fiji.

Following his recent official visit to Fiji, the minister was disappointed to find that the current trading of goods and services between both countries falls in the favour of Fiji.

Fiji exports goods worth over K58 million to PNG, while PNG exports only K4 million to Fiji.

Minister Maru noted that after the signing of the MSG Trade Agreement, PNG saw a significant increase in Fijian goods such as clothes, Fiji Water, and canned foods coming in. On the flip side, no new products from PNG have made it to the shelves in Fiji.

Minister Maru is keen to see PNG products such as canned food, sugar, coffee, bilums, SP Lager and fisheries products hit the shelves in Fiji in 2016.

PNG will this year hold its first Trade and Investment Road Show in Fiji, not only to canvas potential customers of PNG manufactured goods, but also to seek out new investment opportunities for PNGs private sector and SMEs.

Maru believes that investments in Fiji could increase if PNG established a Trade Commission in Suva.

Minister Maru also delivered an official letter to the Fiji Government through his counterpart minister to help the PNG owned Pearl Resort Hotel in Fiji to acquire additional hectares of land for expansion, following a very successful 12 months of operations.