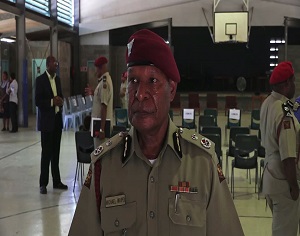 A proposal that will contain the work plan for the CS will be recompiled and resubmitted to the NEC after it was rejected in 2015.

This comes following concerns raised by numerous jail commanders across the country who have asked for an overhaul to be done on the crumbling prison infrastructure and their staff houses.

Questions on crumbling staff houses and the poor state of jail facilities were put to the Commissioner Waipo in an interview last week.

“We have pulled together an annual activity implementation plan for the correction service for 2016. This means that everybody else from the division must have an activity plan for what they set out to do this year. That will enable us to utilise existing resources to support our course,” Waipo said.

The total cost of the overhaul maintenance to the correctional service infrastructure has not been announced publicly yet.

The Commissioner said the Department of Correctional Service is putting together a proposal that will be submitted to the national executive council for approval and funding support.

“Before any work can begin, we require funding and sound preparation for any development. Given our situation, we are struggling to secure funding, but we are making good use of whatever we can access,” Waipo said.

The PNG Correctional Service is a department in need.

The rundown state of prison facilities and prison staff houses has been a widely discussed agenda in recent years, in almost every jail across the country.

The jails are already overcrowded and the staff houses continue to fall apart.

Since 2015, the PNG Correctional Service has been endorsed by the government to participate in the public, private partnership program, which has so far assisted in operations of the prison services all over the country.