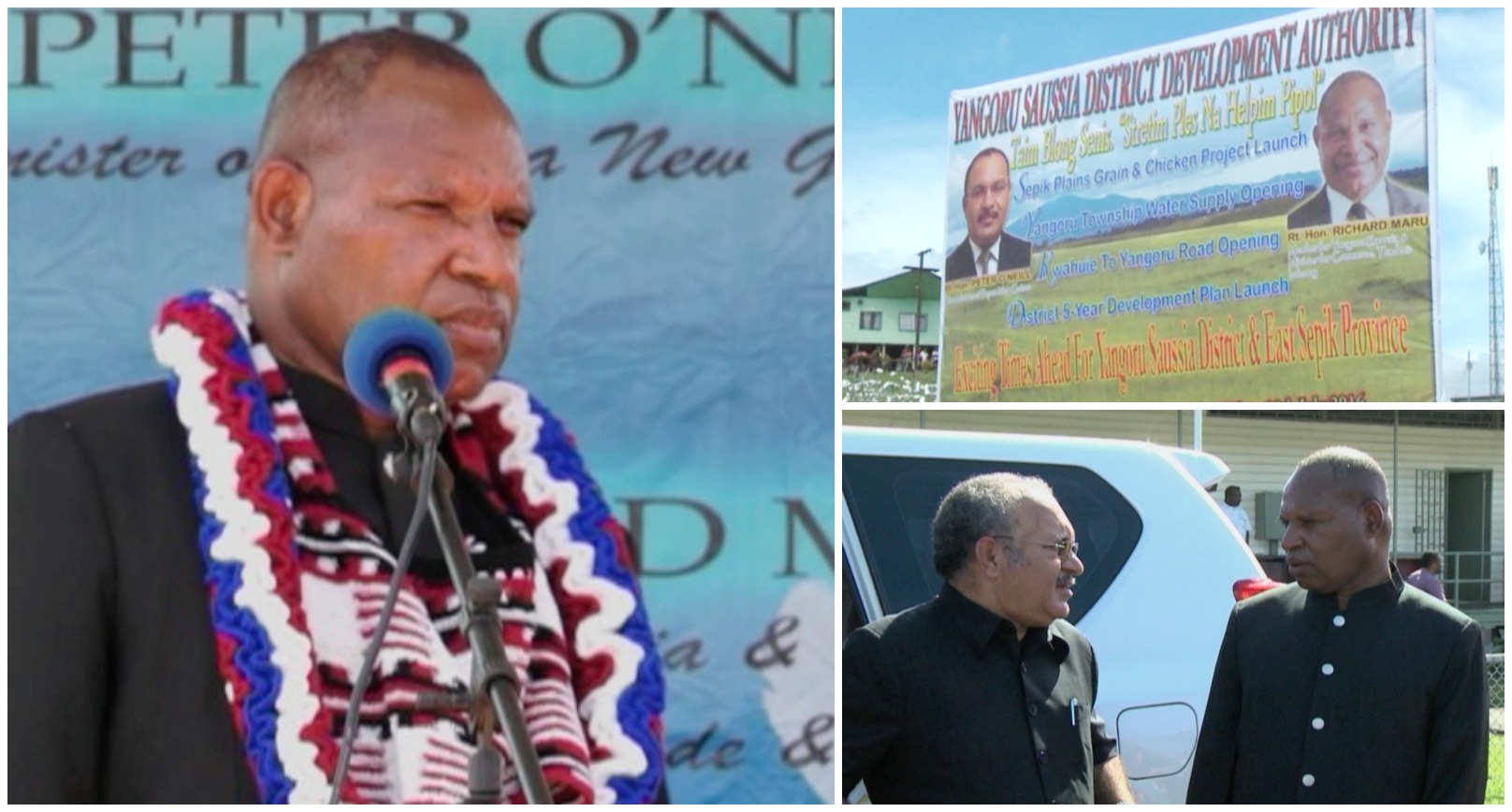 Prime Minister, Peter O’Neill, landed in Wewak yesterday morning where he was greeted by East Sepik MP’s, the Mayor and the Deputy Governor of East Sepik Province.

However, Governor Sir Michael Somare was not present to receive the Prime Minister.

The Prime Minister travelled to East Sepik to launch the Sepik Chicken Grain & Cocoa Innovation project. This has since been the biggest announcement since the vote of no confidence motion in parliament.

PM O’Neill, when delivering his speech, referred to Sir Michael as the Father of the Nation, the PM also drew attention to the 2007 elections when he was opposition leader and Sir Michael had campaigned for him in Yalibu Pangia and help with his re-election.

The ground work for the project is yet to commence, with the agriculture project that draws heavily from Israeli expertise expected to slash the price of poultry products by 30 per cent.

The project come months before the next general elections and comes as a demonstration of the government’s ability to solidify its position amidst political alliances that have shifter in recent weeks.