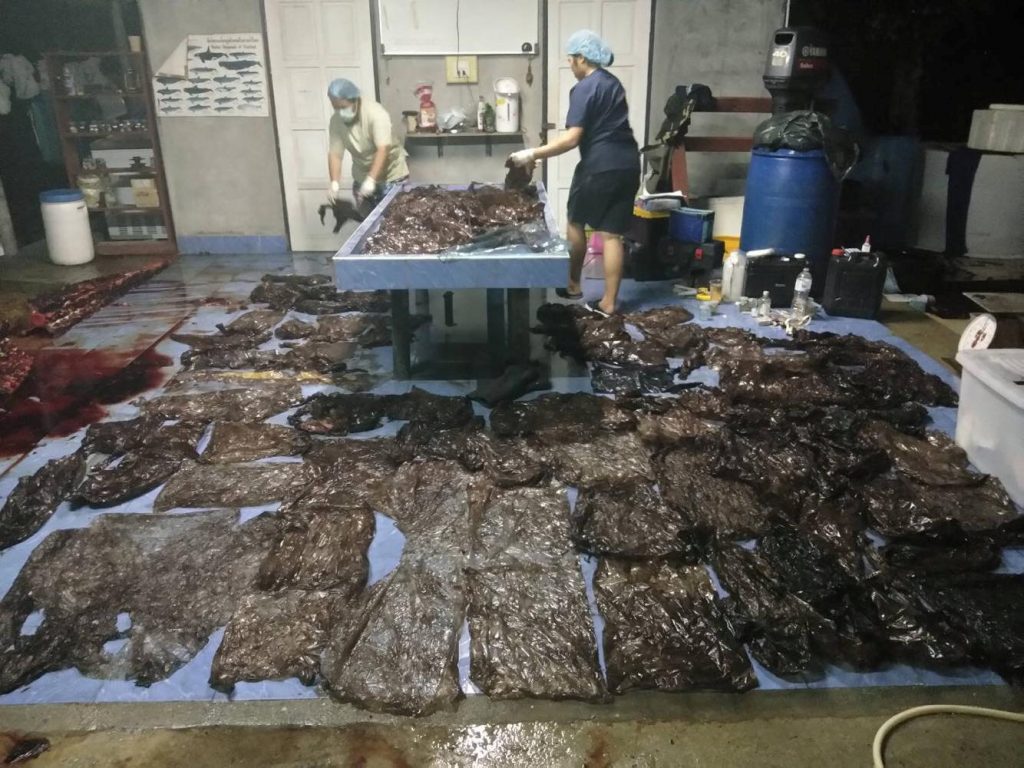 BANGKOK (Reuters) – Some 80 pieces of plastic rubbish weighing eight kg (17 lb) were found in the stomach of a whale that died in Thailand after a five-day effort to save it, a marine official said on Sunday.

The pilot whale was discovered on Monday in a canal in the southern province of Songkhla and received treatment from a team of veterinarians.

The whale spit out five plastic bags on Friday and later died, the Marine and Coastal Resources Department said on its website.

An autopsy found another 80 bags and other plastic items weighing eight kg in the whale’s stomach.

“This plastic rubbish made the whale sick and unable to hunt for food,” the department said.

Pilot whales mainly feed on squid, but are known to eat octopus and small fish when squid are not available, according to the American Cetacean Society, a whale conservation group.

Jatuporn said his department planned to raise public awareness of the problem on World Oceans Day on June 8.

“We will use the whale case and invite all sectors to show their intentions on how to reduce the use of plastic in Thailand,” he told Reuters.

Thais use huge numbers of plastic bags but authorities have launched campaigns to try to encourage people to use fewer and to introduce reusable bags.

Globally, eight million tonnes of plastic – bottles, packaging and other waste – are dumped into the ocean every year, killing marine life and entering the human food chain, the United Nations Environment Programme said in December.