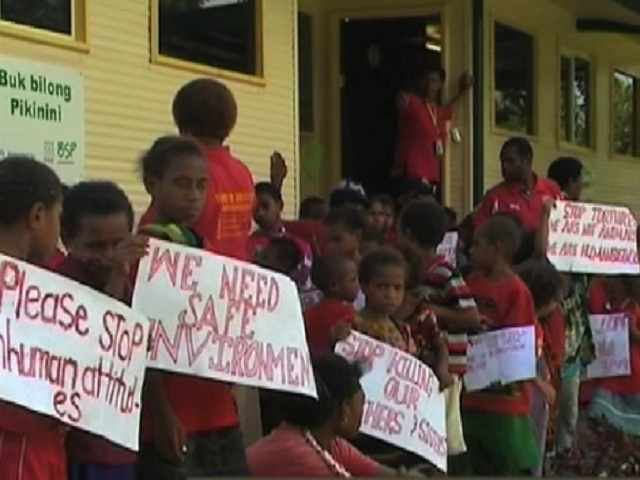 Most ofthe children in this group come fromthe some of Lae’s notorious settlements, known for murder, rape, ethnic clashes and ther violent crimes.  It’s a place thatthey say, it’s no longer safe to live in andthey are afraid thattheir future security is in turmoil.

Cecilia Gilmai, chairlady for the Bekbilong Pikinini in Lae says children are vulnerable to all forms of violence.

These children represent many thers in Lae who continue to fall victims. Only a few child-abuse cases are reported to police. Many more remain uncovered.

About a month ago, a 45-year-old man at Lae’s Papua Compound molested a seven-year-old girl. He was caughtobeaten and handed over tothe police.

WhilethPNG Government is poised to impose tougher laws on offenders, many children continue to fall victim to those violent crimes. Andthere’s a long battle ahead to for Papua New Guineaas a nation to put an end to all forms of violence.