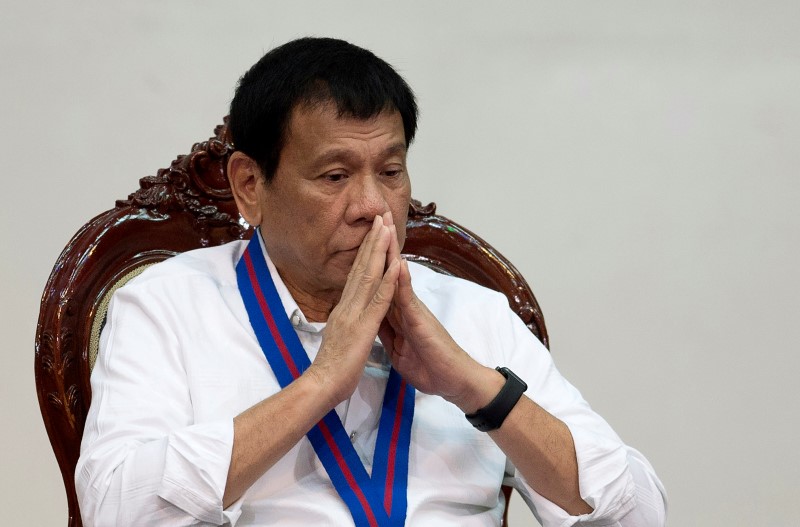 MANILA (Reuters) – Philippine President Rodrigo Duterte railed against the United Nations on Sunday after it called for an end to the wave of killings unleashed by his war on drugs, saying he might leave the organisation and invite China and others to form a new one.

Two U.N. human rights experts last week urged Manila to stop the extra-judicial executions and killings that have escalated since Duterte won the presidency on a promise to wipe out drugs.

About 900 suspected drug traffickers have been killed since he came to power after winning the election on May 9.

Duterte on Friday denied that the government was responsible and in a middle-of-the-night news conference in his home town, Davao, said the deaths were not the work of the police and invited U.N. experts to investigate themselves.

The news conference was broadcast by local media and the full version was posted on Facebook by GMA news.

“I will prove to the world that you are a very stupid expert,” he said, urging them to count not just the number of drug-related deaths but also the innocent lives lost to drugs.

He then launched an attack on the United Nations and its members – including by inference Manila’s traditionally close ally, Washington – saying, it could not fulfil its own mandate but was “worrying about the bones of criminals piling up”.

“I do not want to insult you. But maybe we’ll just have to decide to separate from the United Nations,” he said. “Why do you have to listen to this stupid?”

Criticising the U.N. for not doing enough to address hunger and terrorism and for not being able to do anything about Syria and Iraq and allowing big powers to bomb villages and kill innocent civilians, he said he would invite China and African nations to form another global organisation.

“You now, United Nations, if you can say one bad thing about me, I can give you 10 (about you). I tell you, you are an inutile. Because if you are really true to your mandate, you could have stopped all these wars and killing.”

Asked about the possible consequences of his comments, he said: “What is … repercussions? I don’t give a shit to them.”

He said the United Nations should have acted according to protocol by sending someone such as a rapporteur to talk to him.

“You do not just go out and give a shitting statement against a country,” he said.