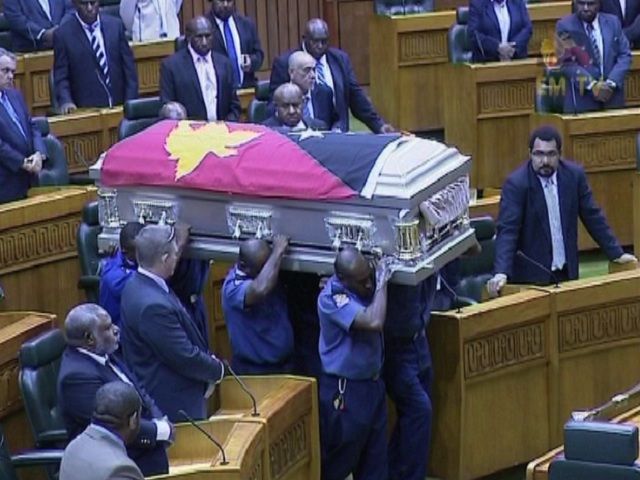 The second parliament sitting for the year convened yesterday. The whole session was dedicated tothe life of late Angoram MP Ludwig Schulze. He was remembered as a humble man but also a straight shooter.

There was a moments silence before Prime Minister Peter Oneill paid his last respects.

He bluntly toldthe house that one day every one ofthem would die making reference tothe Prime Minister and even himself. He quoted a scripture from Mark 8-36.

Mr Schulze passed away onthe eight of this month from a medical condition. It was later revealed in parliament that our health system may have failed him.