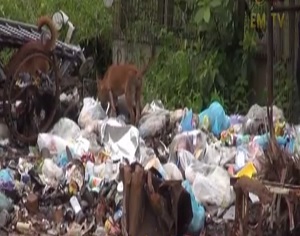 Governor Parkop made these remarks today when responding to Police Commissioner, Geoffrey Vaki, who has ordered to dissolve the Reserve Unit.

Parkop explained the Reserve Unit is still operational, through a signed Memorandum of Understanding, between the NCD Commission and Constabulary.

“The MOU provides for the creation and closure of the Unit, but a decision to disband it cannot be a unilateral one”, the NCD Governor said.

Parkop stressed that until and when the MOU is cancelled through an official process between both parties, the Unit will continue to enforce the Betelnut Ban.

Prior to Parkop’s remarks, Deputy Police Commissioner Operations, Jim Andrews, also told EM TV News today that the NCDC Reserve Unit will be disbanded next week through a police gazette, due to past and recent vile actions.

“The Reserve Unit must not be blamed for the Hanuabada Killings until the findings from the coronial inquest are established”, said Parkop.

He firmly opposed the notion of disbanding police units, by virtue of past actions, adding that if the disbanding pattern continues, there won’t be a police force in Papua New Guinea.

In the meantime, a coronial inquest set by the Government’s Chief Secretary, Sir Manasupe Zurenuoc, is yet to establish the findings of the killings.

Lae City Council Employees Row over Delay of their Fortnights