Papua New Guinea’s 2017 National Budget features complex changes in company taxation arrangements. Spending on infrastructure, health and education will be cut, and there are signs that funding government debt may prove challenging. 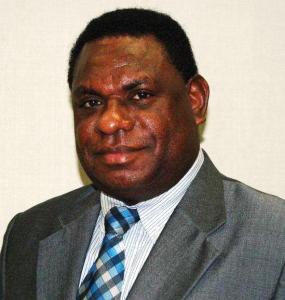 The Treasurer, Patrick Pruaitch, has projected a budget deficit for 2017 of 2.5 per cent of GDP, or K1.8 billion, according to a budget review prepared by accountants KPMG.

Revenue is projected to be K11.5 billion, a decrease of K248 million against the 2016 supplementary budget. Total expenditure is forecast to be K13.3 billion.

A focus in the Budget was the Government’s approach to tax collection, including significant changes to corporate tax rates.

KPMG says a standardised corporate income tax rate (CIT) of 30 per cent will now apply to all PNG-resident companies. These changes to corporate tax will especially benefit petroleum companies.

‘The key impact will be a reduction in the CIT for a limited number of petroleum companies that attract corporate tax rate of up to 50 per cent, however, partially offset with the introduction of a dividend withholding tax to all petroleum companies,’ notes the KPMG review.

‘This will be of particular joy to Oil Search and others that will gain from a new possible Papua LNG project—but they are possibly accessing the lower rate for condensate already,’ comments economist Paul Flanagan.

The KPMG review reports a single Dividend Withholding Tax (DWHT) rate of 15 per cent will be introduced for all sectors, with the exception of projects with stability clauses.

For petroleum companies, this will mean an increase in DWHT from nil to 15 per cent, according to KPMG. For companies with stability clauses, however, there is not expected to be a change.

Also flagged in the Budget is the introduction of an Additional Profits Tax (APT).

KPMG says the cuts will result in an increased focus on public-private partnerships, especially in infrastructure.

‘There is an exception for projects with fiscal stability clauses. This is likely to have a significant impact in the long term project forecasts/models which do not have fiscal stability agreements.

‘We expect the Government will have industry consultation prior to confirming the resource project definition to confirm which projects will be captured.’

The health, infrastructure and education sectors will be hit hard, according to Paul Flanagan. He reckons the Budget foreshadows cuts of 11 per cent in nominal terms, and 37 per cent in real terms from 2017 to 2021. ‘Even from the 2016 budget, the cuts are very large.’

KPMG says the cuts will result in an increased focus on public-private partnerships, especially in infrastructure.

‘The pressure on Government spending and the establishment of the necessary legislative and regulatory framework and machinery for implementation will provide an opportunity for increased private sector involvement in delivery of infrastructure.’

KPMG estimates that capital expenditure on infrastructure is projected at K836 million, down from the K1.4 billion committed in 2016.

KPMG says the Government has forecast a net borrowing requirement of almost K1.9 billion in 2017 and total government debt is forecast to increase by K6.5 billion by 2020.

Financing the debt may become more difficult. ‘Local superannuation funds and financial institutions are concerned about internal limits and increasing exposure to government (fixed income) assets, and the auctions for government securities have reflected that,’ the KPMG report says.

‘This trend is likely to continue in 2017 and consequently the price the Government has to pay on domestic borrowings will likely increase. More importantly, refinancing risk may be an issue.’

More needs to be done to address instances of People Trafficking