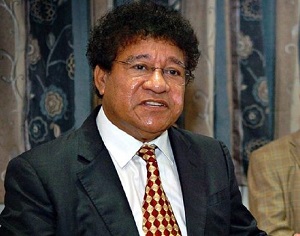 His lawyer, Ralph Saulep, yesterday filed the joinder application arguing that the Attorney General by virtue of the office should have been part of the matter from its beginning.

Justice Allan David made the ruling that the matter does not concern the Attorney General.

Pala was hoping to join the matter as the third defendant by virtue of his office, making the state the fourth defendant.

Matthew Damaru brought the matter to the court on April 17, as the Director of the National Fraud and Anti-Corruption Directorate.

Police Commissioner Gari Baki, suspended him on April 16, in relation to the recent arrest of high profile figures in which Baki said he was not made aware of.

However, the Court stayed Damaru’s suspension on April 18, pending the hearing of the suspension processes.

The Attorney General when filing the joinder application yesterday also questioned the engagement of Australian lawyer Greg Egan and his firm, Jema Lawyers, who are representing Damaru and his deputy Timothy Gitua in this matter.

KBK Mine Coping With El Nino