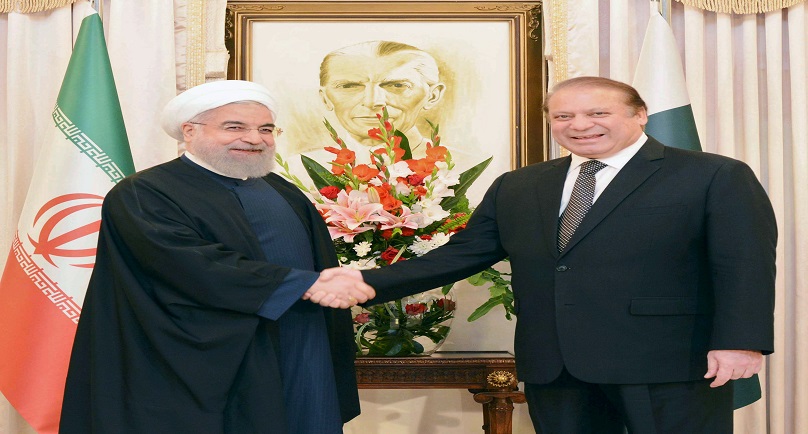 Sharif spoke at a business conference with Iranian President Hassan Rouhani, who arrived in Islamabad on Friday for two-day talks focused on increasing Pakistan’s electricity imports from Iran, boosting trade relations and reviving plans for a gas pipeline between the two countries.

“In the five years strategic action plan signed yesterday we have aimed at boosting our bilateral trade to the level of US Dollars five billion by 2021,” Sharif said.

“More land routes for trade on our border, trade exhibitions, industrial and agricultural cooperation and mutual recognition of standards will boost trade.”

Trade between Pakistan and Iran fell to $432 million in 2010-11 from $1.32 billion in 2008-09, according to the Trade Development Authority of Pakistan, after western powers imposed sanctions on Tehran aimed at halting a nuclear program they suspected was aimed at developing a nuclear bomb.

Most of the sanctions were lifted in January in return for Iran complying with a deal to curb its nuclear ambitions.

“Iran has the capability to help the development of the economic infrastructure of Pakistan including roads, railways dams and others area,” Rouhani said in his speech at the Pakistan-Iran Business Forum.

Iran currently exports around 100 megawatts (MW) of electricity to the areas of Pakistan that border Iran. Pakistan is in the final stages of negotiating a deal that will increase that to 1,000 MW, the ministry of water and power has said previously.

Energy-starved Pakistan suffers about 12 hours of power cuts per day and is keen to import Iranian oil, gas, iron and steel.