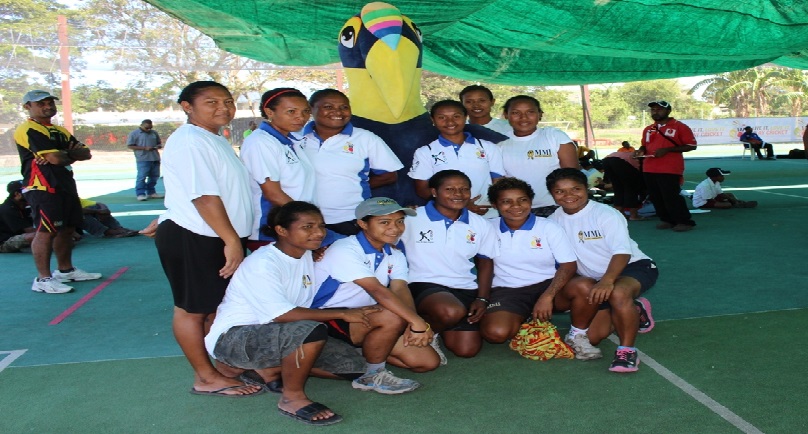 The Pacific MMI PNG Lewas have touched down in Samoa for a two week development tour that is part of the preparations for the Pacific Games in July.
The team left on Sunday 17th May and are now into training drills conducted by New South Wales Women’s Coach, Joanne Broadbent.
Joanne was in the country several weeks ago for a training camp with the women’s national cricket team who will for the first time represent PNG in the Pacific Games.
As part of the Pacific MMI PNG Lewas Samoa tour, they will have two T20 matches and a 50 0ver match this week the same again next week before heading back into the country on Thursday 28th May. The Matches will be played against the Samoan Cricket national women’s team and the Samoan U19 National Team.
Captain Pauke Siaka said she was very excited about the tour since the Samoans are a strong team that they have played against several times in other ICC international fixtures.
“The tour will give the girls excellent preparation prior to the Pacific Games since we can look at the results of the matches we will be playing in the Samoan tour and then plan and focus more clearly before we play the Samoan team once again in the Pacific Games,” Siaka said.
Newly appointed Coach of the Pacific MMI PNG Lewas Rodney Maha said the tour in Samoa will ensure that the Lewas are on track with match fitness and durability to maintain their preparation for dominance in Women’s Cricket in the East Asia Pacific Region come the Pacific Games in July.
“The tour gives an opportunity for the women to play their first international match for this year and thus will enhance their preparedness and motivation to take on other Pacific National Women Cricket teams that will all come together for the Pacific Games,” Maha said.
“ We are on track to maintain winning Gold in the Pacific Games and since Samoa is a team to look out for, I see this tour as very important for the Lewas so they can be better prepared to face them in the Pacific Games,” Maha concluded.
Pacific MMI PNG Lewas Squad for Samoa Tour
Pauke Siaka (Captain), Tanya Ruma, Mebo Ipi, Norma Ovasuru, Varoi Morea, Konio Oala, Helen Buruka, Veru Kila Frank, Kaia Arua, Kopi John, Mairi Tom, Boni David, Brenda Tau, Ravini Oa.
Samoa Tour Schedule

Launching of Law and Order Campaign in Enga Province