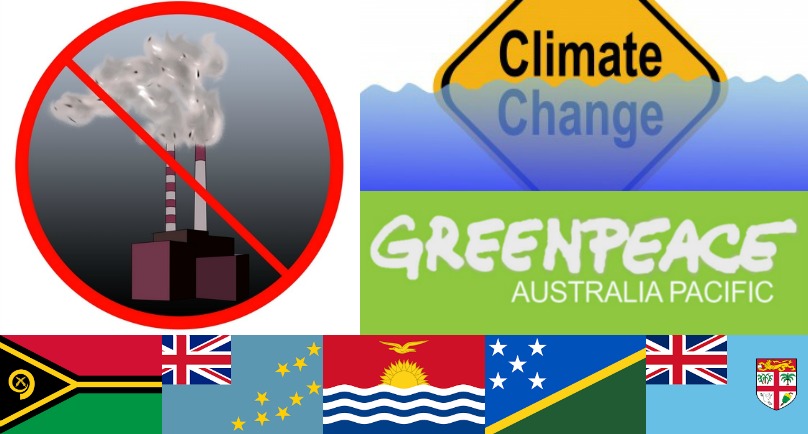 Representatives from Pacific island nations will be in Fiji today to discuss legal action to take against major organisations who contribute to climate change.

The two-day conference organised by Greenpeace will ultimately come up with legal possibilities and strategies that can be implemented in the Pacific, to hold corporations who contribute to and propel climate change to account.

Head of Greenpeace Australia Pacific’s Climate Justice project, Matisse Walkden-Brown, said “This gathering is the starting point for Pacific communities to work together and ensure they have adequate resources to deal with climate change.

“We also want to flag to the international community that Pacific nations will not stand by while major fossil fuel companies continue to pollute with impunity.”

The participants, who are from Fiji, Kiribati, Solomon Islands, Tuvalu and Vanuatu, will aim to identify opportunities to which legal approaches can be taken, and they look forward to the inclusion of other Pacific island nations in the future.

By tomorrow, there’should be an action plan put in place to facilitate their climate justice movement.