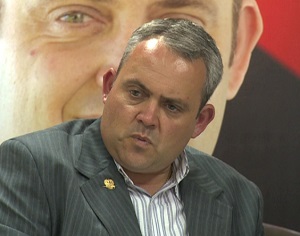 Sports Minister Justin Tkatchenko, in response, reassured parliament that all venues are on track.

Minister Tkatchenko says this is an unforseen situation and his in talks with the banks to address this problem. Yesterday, acquittals of K100 million for the Pacific Games Infrastructure was presented to Finance Minister James Marape.