Fish make up 50 to 90 percent of the animal protein intake across communities in the Pacific, and are an integral part of the diet of coastal villages. Small scale subsistence fisherman catch the majority of the fish consumed in the Pacific, mostly around coral reefs.

The traditional coastal fisheries sector produces an estimated 150,000 metric tonnes of fish a year, combined, across all Pacific countries and territories.

According to a recent research publication in the journal Marine Policy 56 (2015), Pacific Island governments and development partners should consider the use of Fish Aggregating Devices (FADs) as part of efforts to provide regional for food security.

A FAD is a permanent, semi-permanent or temporary structure or device man-made from any material which is used to lure fish. The use of FADs are said to make tuna fishing much more efficient. FADs not only attract fish, they also draw the attention of non-targeted marine life, such as sharks.

The research into the use of FADs by Pacific communities was led by Conservation International and the Australian National Centre for Ocean s and Security (ANCORS) at the University of Wollongong in New South Wales, Australia.

“Nearshore FADs are a cost-effective way of increasing access to these fish for Pacific Island communities,” says Johann Bell, lead author of Optimising the use of nearshore fish aggregating devices for food security in the Pacific Islands and Visiting Professorial Fellow at the Australian National Centre for Ocean s and Security (ANCORS).

Bell says that the use of FADs increases the chances of catching tuna by small scale subsistence fishers  hence, improving fish supply for the growing Pacific population. He adds that through the allocation of more tuna s for local consumption, and the investment in nearshore FADs,  governments of the Pacific will improve the supply of nutritious foods.

The publication states that Papua New Guinea is expected to “install 104 of the planned new nearshore FADs at around 24 sites to tackle an expected shortage in fish supply.” 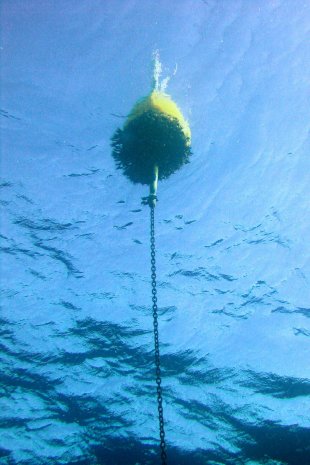 According to figures obtained by the research team, from the fisheries sector, about 313 FAD devices were in use by small scale fishers among 22 Pacific Island countries, not including PNG, by the end of 2014. This consists of 212 nearshore FADs and about 101 offshore devises. Most of these FADs were used by the small scale fishers, while a small number of the FADs were being used by industrial fishing fleets, or for tourism-related spear fishing ventures.

The research team further highlighted the need for planning, monitoring and research to appropriately identify fishing sites that will produce good catches. They also noted the need for communities to be identified who are “best placed to integrate use of FADs with other livelihood activities.”

The scarcity of arable land and other sources of animal protein prompted the Secretariat of the Pacific Community (SPC) to urge Pacific governments to make, at least, 35 kilograms of fish accessible to islanders per annum or to assist communities to keep higher traditional levels of fish consumption.

“In countries where limited fish supplies in urban centres are a problem due to transport and logistics limitations preventing fish from being delivered from traditional fishing areas to high demand urban centres, FADs will be deployed at suitable coastal sites close to urban areas to solve the fish supply shortage affecting nearby town populations.”

Bougainvilleans Call On Government To Focus On Youth Development