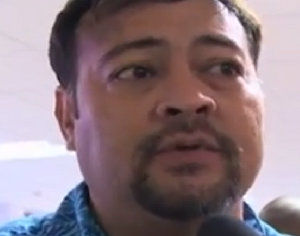 Today was another busy day, as many more athletes poured into the Nation’s Capital.

Enthusiastic and energised to be at the 15th Pacific Games, many of them have come prepared to beat Papua New Guinea, on home soil.

As team manager of the Samoan touch team, Ivan Williams, has hailed Papua New Guinea as their biggest threat, having recently come off some positive results from the touch rugby world cup, earlier this year.

However, he isn’t the only member of team Samoa who believes they may get away with a win.

A beauty pageant, and an ambassador of the South Pacific, Latafale Auvaa happens to be one of Samoa’s elite touch athletes.

And she isn’t just a pretty face…

While their preparations have gone well, she says… they’ve come to Papua New Guinea, to win Gold.