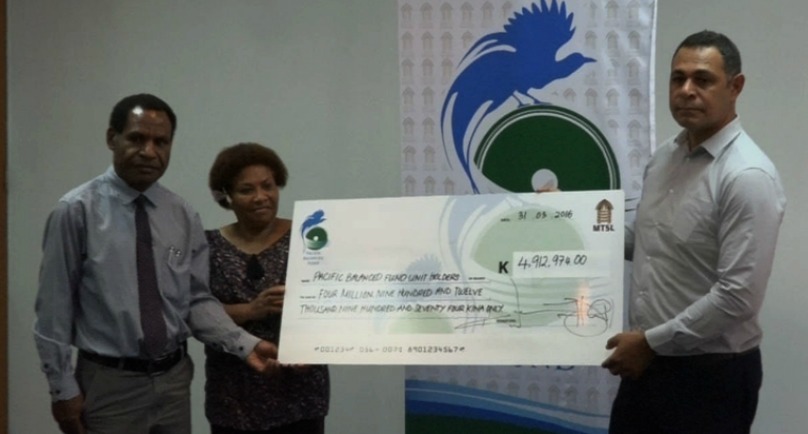 Despite the slowdown in the economy, Melanesian Trustee Services has announced that Pacific Balanced Fund unit holders will receive a dividend payment of close to K5 million.

Melanesian Trustee Services Limited (MTSL) Chief Executive Officer, Kennedy Wemin, said the board made the decision to pay its unit holders in response to the fund’s improved value.

In a media conference yesterday at the MTSL office in Port Moresby, Wemin said 2014 saw a climb in the net value of Pacific Balanced Fund (PBF) assets compared to the figures of 2013.

“PBF has been improving its position in recent years and we are pleased that our unit holders are due to receive net cash profit distribution,” Wemin said.

Wemin said the fund’still faces historical challenges with its unverified units. He hopes more people and organisations that held units in the original Investment Corporation Fund of PNG, would be aware of the progress being made by PBF which now holds their investment, and contact MTSL, the trustee, to validate these.

The CEO is hopeful that additional dividends will be paid following the completion of the 2015 audit in two weeks time.