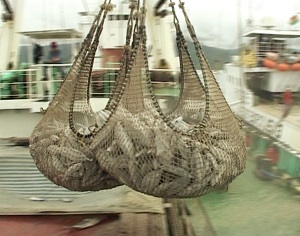 The Pacific ACP Trade and Fisheries Ministers have expressed concerns at the European Union’s proposal to defer negotiations on the Economic Partnership Agreement.

The Ministers reaffirmed their commitment towards developing a comprehensive EPA with the EU which they intend to do, as a region, in solidarity.

These intentions were made during a special meeting held in Suva yesterday.

This special meeting follows Papua New Guinea’s decision to withdraw from any further discussions with the rest of the PACP countries to pursue a comprehensive EPA.

Putting national interest over regional obligations, PNG’s Trade minister, Richard Maru, said on the first of this month, upon his return from a European trip that PNG stands to benefit more in strengthening its bilateral relationship with the EU.

The main area of debate between the PACP and the EU in this 11 year long negotiation is around fisheries resources, especially around the management and conservation of these resources.

These concerns were reinforced in the ministers statemen’s where they say they are committed to “maintaining sound fisheries management and conservation of the fisheries resources in the Western and Central Pacific Ocean and to combating Illegal Unreported and Unregulated fishing, noting that these efforts are ongoing and require cooperation and assistance of the Distant Water Fishing Nations, including the EU.”

While PNG and Fiji enjoy an interim EPA with the EU, something that PNG trade officials believe should be replicated among the other pacific island countries, the PACP Ministers say “its current form is not the preferable option for most parties as it has no development benefits especially for smaller island states that may not be able to set up canneries.”

They are also concerned that “the interim EPA also contains provisions that could constrain development policy space for the region.”

In her opening address to the Special meeting, Dame Meg Taylor, Secretary General of the pacific islands forum, said it is unfortunate that the focus of the negotiations have become more about fisheries issues, rather than about developing a development oriented economic package that will benefit the region.

WORLD: Man Arrested for Allegedly Being One of Amazon’s Largest Deforesters