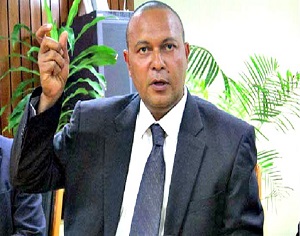 The Opposition has raised questions on why a referendum determining protest by UPNG students should go ahead, was not concluded by the Electoral Commission.

Opposition Leader, Sam Basil said, while the Lae Metropolitan Superintendent, Anthony Wagambie Jnr has successfully over seen an awareness protest by the students at the University of Technology in Lae, the same should be done for UPNG students.

Basil said, however for UPNG, a referendum cannot be conducted because of the absence of the Chief Electoral Commissioner.

Goilala MP, William Samb, also made comments stating that the while the University of Technology’s Senate have allowed their students to conduct a referendum, the UPNG Senate should do the same.

“I challenge the UPNG Senate to write a letter to the Electoral Commission to conduct a referendum, Samb said.

The protest is to petition Prime Minister, Peter O’Neill, to step down following series of allegations labelled against him.

Today marks over four weeks of the boycotting of classes at both the Waigani and Taurama UPNG campuses.

Lihir hopes for a prompted resolution