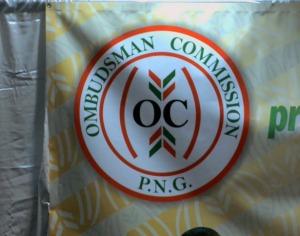 The summit is about the Duties and Obligations of Leaders and the Ombudsman Commission’s jurisdiction over leaders.

The theme of the summit is, ‘Strengthening Government Processes Through Good Governance and Effective Leadership’.

In attendance were departmental heads, Chief Executive Officers and Managing Directors from state-owned enterprises. However, no member of Parliament attended the summit.

The Ombudsman Commission confirmed that most leaders or members of the parliament do not know their roles and obligations that are stated in the Organic Law.

Many breach the Organic Law Number 5 on their Duties and Obligations of Leadership, which prompts the Ombudsman Commission to refer them for ‘Misconduct in Office’.

Since 1976, 110 leaders where referred by Ombudsman Commission for misconduct in office. Only three leaders where found ‘not guilty’.

Members of Parliament have been urged to disclose or declare their interests, assets, liabilities and personal information to Ombudsman Commission before being held accountable.

The Ombudsman Commission said they only investigate procurements to see if leaders have complied with their work.