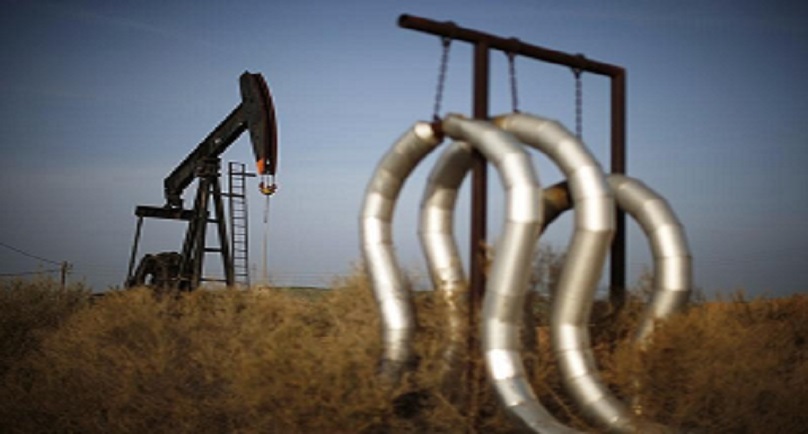 Image: A pump jack and pipes are seen on an oil field near Bakersfield on a foggy day, California January 18, 2015. REUTERS/Lucy Nicholson

TOKYO (Reuters) – Oil prices fell in early Asian trade on Tuesday as concerns mount that a rally since January is fizzling out, while analysts forecast another rise to record levels for U.S. crude stockpiles.

The poll of eight analysts, taken ahead of weekly inventory reports from industry group the American Petroleum Institute (API) and the U.S. Department of Energy’s Energy Information Administration (EIA), estimated, on average, that crude stocks rose 3.2 million barrels in the week ended March 25.

Both oil benchmarks are up about 50 percent from 12-year lows hit in mid-February but the oil market has taken on a weaker tone in the past week, along with other commodities.

“The recent rally appears to be running out of steam as investors pull back on bullish positions,” ANZ said in a morning note on Tuesday. “This will remain the case without continued improvement in fundamentals.”

With oil prices rising strongly since January, most analysts are predicting the end of the year-and-a-half long slump, but also betting that there is little upside in the near future.

Barclays said net flows into commodities totaled more than $20 billion in January-February, the strongest start to a year since 2011, and prices could fall 20 to 25 percent if that were reversed.

“Were such a scenario to unfold, the price of oil could fall back to the low $30s,” it’said on Monday.

Honda to offer new fuel cell vehicle in California in 2016