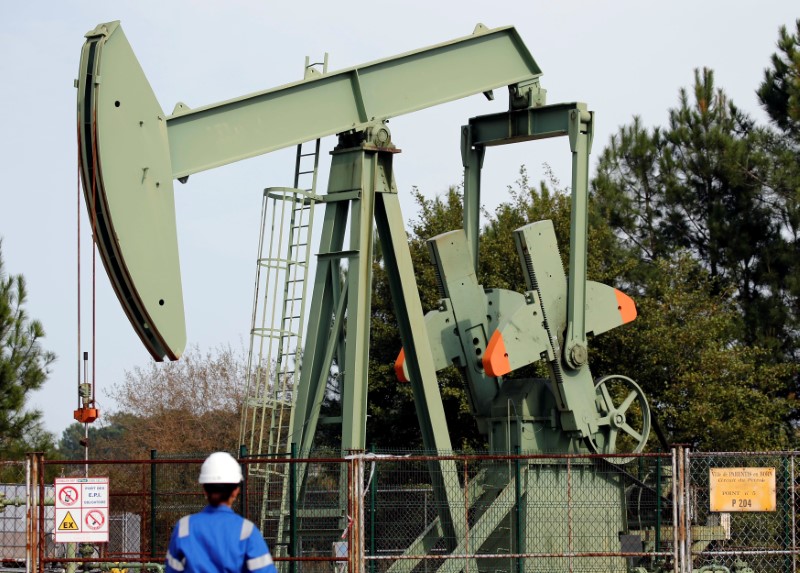 The benchmarks had steadied after big declines on Monday and last week as supply disruptions in Venezuela came to the fore and as analysts had been forecasting a decline of 3.6 million barrels in U.S. inventories for the week through July 13.

But the spectre of oversupply quickly returned, with a rise of more than 600,000 barrels in U.S. crude stockpiles, reported by the American Petroleum Institute late on Tuesday.

Official numbers from the U.S. Department of Energy’s Energy Information Administration are due at 10:30 a.m. EDT on Wednesday.

On the demand-side, intensifying risks over trade tensions between the United States and China could drag on the global economic outlook, BMI Research said.

“Despite U.S.-China trade tensions, the economic outlook is broadly positive, but a number of headwinds are emerging, not least a stronger dollar, rising inflationary pressures and tightening liquidity,” BMI said.

“Slowing trade growth will weigh on physical demand for oil, with the shipping, road and air freight sectors an important pillar of demand globally,” BMI said.

One U.S. central banker added her voice late on Tuesday to those sounding caution on trade.

Kansas City Federal Reserve Bank President Esther George said that uncertainty over U.S. trade policy could slow the economy, even if the recently imposed tariffs in and of themselves are too small to have a big impact.

George called trade policy a “significant” downside risk to her outlook for economic growth, even as tax cuts and other fiscal policy is an upside risk.