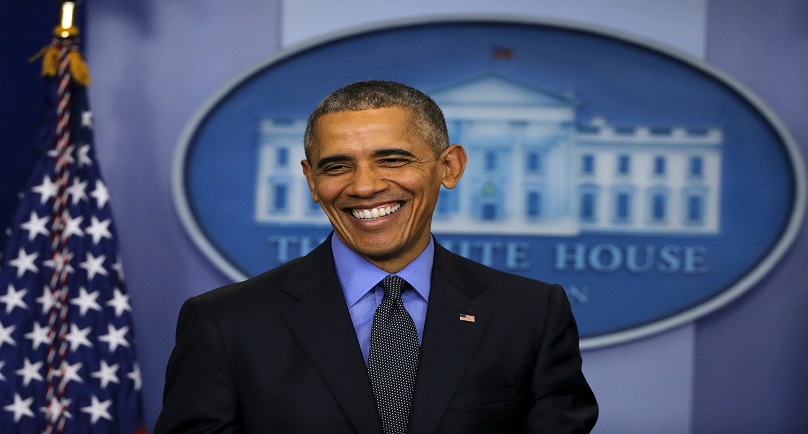 Image: U.S. President Barack Obama smiles as he holds his end of the year news conference at the White House in Washington December 18, 2015. REUTERS/Carlos Barria

HONOLULU (Reuters) – President Barack Obama will make an appearance in Jerry Seinfeld’s “Comedians in Cars Getting Coffee” on Dec. 30.

In a promotional video for the web series’ seventh season, Seinfeld pulls up to the South Lawn of the White House in a Corvette 1963 Corvette Stingray Split Window Coupe.

The series on Crackle, Sony’s free streaming network, hosts A-list comedians as they ride to get coffee with Seinfeld, usually in high-end antique cars.

For the episode with Obama, which taped Dec. 7, the Corvette did not leave the South Lawn, the White House said.

Obama and Seinfeld took turns driving and then sat down for coffee in a staff dining room to discuss “many of the little things that make life in the White House simultaneously remarkable and routine,” the White House said.

Obama has given several non-traditional interviews, often with comedians.

In 2014, he starred on Zach Galifinakis’s web series, “Between Two Ferns,” where he urged young people to sign up for health insurance on the online market places created by the Affordable Care Act, his signature domestic policy.

Obama also filmed an episode of Running Wild with Bear Grylls during a visit to Alaska earlier this year.