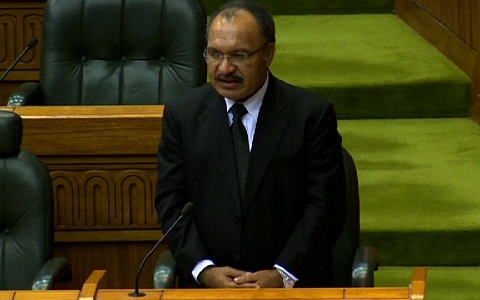 A meeting has been scheduled for next week Thursday where all relevant departments will meet, to reconcile all payments made to LNG landowners so far.

Different landowner factions from the much-talked-about LNG project, have come out in the media in recent times, airing their frustrations to the government for not honouring commitments made during the LBBSA and UBBSA signings in Kokopo and Tari.

Member for Koroba Lake Kopiago, Philip Undialu, on behalf of his people asked Prime Minister Peter O’Neill in parliament yesterday if he had received a number of petitions from these landowners.

Mr O’Neill said he was aware of the petitions by different landowner groups and has called on all concerned state departments to meet next week and take stock of all money given to landowners so far in the form of MOA funds, BDG, IDG and High Impact project grants.

He said the government will honor outstanding commitments, but also wants to see projects created from monies given out in the past.

He called on genuine landowners to be patient while the stock take process takes place.