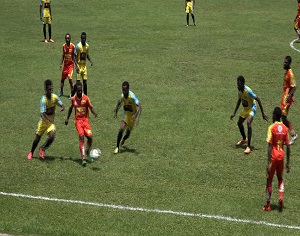 The National Soccer League has warned supporters and the management of Lae City Dwellers FC and Morobe Welgris United FC to keep their behaviors in check.

The local derby on Saturday is expected to be an emotional encounter. Both Lae based franchises will go head to head in the beginning of the champion’s series.

“The National Soccer league wants crowd control and no drama from team management and spectators during Saturday’s local derby, we have hired a lot of security,” said NSL Northern Conference Coordinator, Paul Alo.

Teams will be fined and players could even face suspension.

“Based on the supporters attitude and behavior Telikom is happy to sponsor the tournament,” said Acting Lae Sales Manager, George Ereng.

So far games in Lae haven’t been disrupted. The Northern conference was without major hiccups. The champion series however is a different ball game.

The teams have given assurance of a drama free encounter on Saturday.

World Cup Managers off on a valuable learning experience