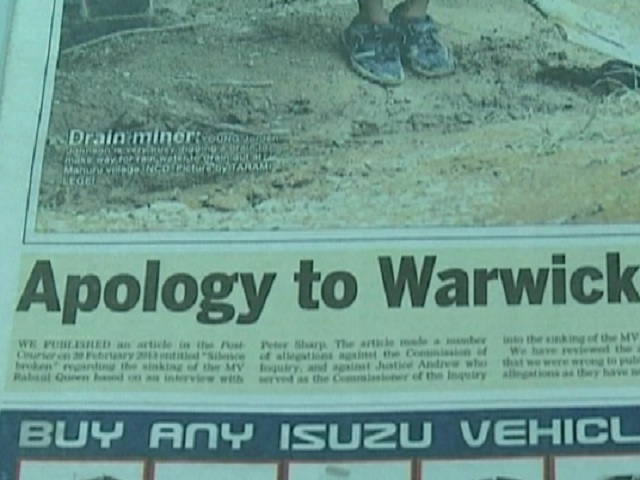 Apologies for getting news stories wrong and retractions after publicity have been highlighted at the start of media freedom week.

Speaking during Media Freedom celebrations at the University of Papua New Guinea outgoing President of the PNG Media Council Joe Kanekane said the media threatens its viewership when it continues to retract or apologize for stories it has published. These have also threatened the public’s confidence of mainstream media.

Mr. Kanekane said editorial judgments and journalism fundamentals must prevail if the media in the country is to be kept and trusted.

The theme ‘Safe to Speak’ promotes freedom of expression, and it must come with responsibility.

US Embassy’s Deputy Chief of Mission Bryan Hunt saidthPNG media has a much higher independence in the region. However, the legislation that protects the media is not always implemented.

He added that stories being recalled in response to threats of legal action are worrisome.

Journalist and News Editor for the Post Courier Alex Rheeney while making reference to EMTV’s recent legal threat by the Prime Minister said the biggest threat to the media industry is not producing the caliber of journalists required by the industry.

Calls were then made to the US Embassy and the New Zealand High Commission to support university administrations to increase resource capacity in journalism schools.