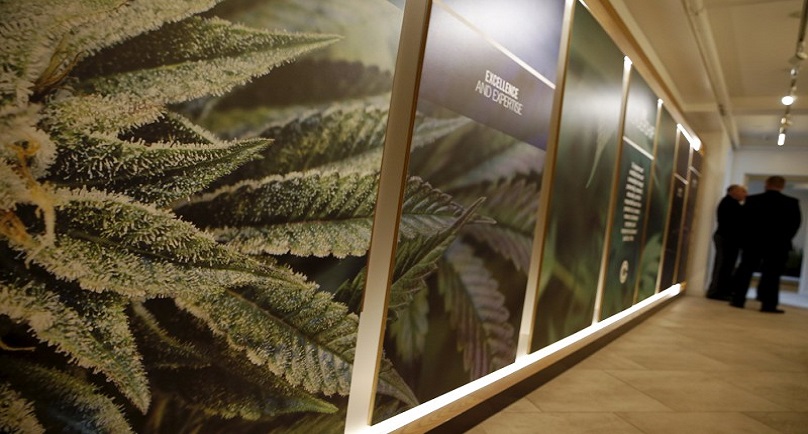 Image: The inside of the Columbia Care medical marijuana dispensary is seen in New York January 7, 2016. REUTERS/Shannon Stapleton

NEW YORK (Reuters) – New York state opened its first medical marijuana dispensaries on Thursday, launching one of the most conservative and tightly monitored programs of its kind in the United States.

In opening the clinics, New York joins 22 other states and Washington, D.C., with comprehensive medical marijuana programs designed to help ease symptoms of patients suffering from cancer, AIDS and other serious conditions.

New York’s program is a far cry from those in states such as California, which has hundreds of dispensaries, many with neon lights and display cases packed with smokable buds sporting names such as Candyland Kush and Cookie Wreck.

At the Columbia Care medical marijuana dispensary in downtown Manhattan, patients must pass through multiple layers of security just to get in the door. Every patient is assigned a specially trained pharmacist, who dispenses from a supply of marijuana extract capsules, oils and tinctures that is locked out of sight in an underground vault.

Medical researchers and academics are applauding New York’s restrictive approach. They say the state’s tight controls over prescribing, dosing and other aspects of the program will allow more reliable study of the efficacy of medical marijuana.

“They’re trying to put the medical back in medical marijuana and not make it the farce that it has become in some states,” said Edward M. Bednarczyk, the State University of New York at Buffalo’s pharmacy practice chair.

Columbia Care is among eight dispensaries to open their doors on Thursday, a year and a half after Governor Andrew Cuomo signed legislation authorizing the program, known as Compassionate Care NY.

Under the initiative, the state has licensed five organizations to manufacture and sell medical marijuana, with each allowed to operate four dispensaries. All of the dispensaries are expected to be up and running by the end of the month.

The program is strictly limited to patients with very serious and terminal illnesses, including cancer, HIV and AIDS, Parkinson’s disease and epilepsy.

Unlike all the other states that allow medical marijuana except Minnesota, New York prohibits marijuana for smoking. It allows the drug to be sold only in liquid or oil form for use in vaporizers and inhalers, or capsules taken orally. It also prohibits the cultivation of plants by patients.

In addition, New York requires a four-hour mandatory training course for physicians before they can certify patients and for pharmacists before they can dispense the drug, a requirement not mandated by other state programs, according to the National Conference of State Legislatures.

By permitting only refined marijuana extracts, not smokable crude plant or so-called edibles, the state is allowing for greater dosing standardization and purity, Bednarczyk said.

Researchers can refine plant extracts and separate chemicals in them in a way not possible when dealing with smokable marijuana flowers, he said.

The information the state’s Department of Health collects from patients, including dosing, will spur an area of medical research long hindered by the federal government, said Mark A.R. Kleiman, a professor of public policy at New York University.

“New York is going to be focused on doing some serious research and that seems like a good idea,” he said.

Even so, critics say New York has gone too far in limiting the types of patients allowed in the program and how those who qualify can use the drug.

Marijuana legalization advocacy groups, including the Drug Policy Alliance, have also said the small number of dispensaries will restrict patient access to the drug.

Advocates, however, concede that even limited access to marijuana is a step forward for their cause.

“At best, it could be seen as a half-step, but not a full step, to embracing the actual medical utility of cannabis,” said Paul Armentano, deputy director of the National Organization for the Reform of Marijuana Laws.