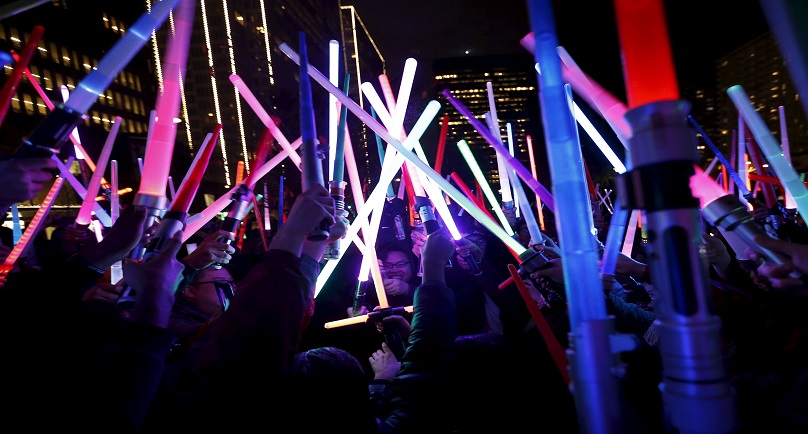 LOS ANGELES (Reuters) – “Star Wars: The Force Awakens” generated a record $238 million in U.S. and Canadian ticket sales over the weekend as fans of the space saga packed theaters, according to Walt Disney Co estimates on Sunday.

The first “Star Wars” film in a decade took in a total of $517 million at box offices around the world, Disney said.Domestic sales eclipsed the previous $208.8 million record set by dinosaur adventure film “Jurassic World” in June.

“Force Awakens” is the seventh installment in the epic science-fiction franchise created by George Lucas in 1977. Disney bought producer Lucasfilm for $4 billion in 2012.

Fans of the series reveled in the chance to revisit the “Star Wars” galaxy at the weekend. Some dressed as Jedi or Sith, carried lightsabers and cheered when classic characters such as Princess Leia or Chewbacca appeared on screen.