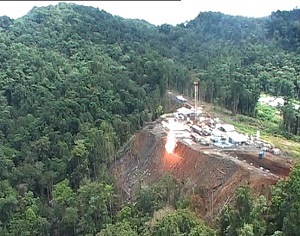 Minister for Petroleum, Nixon Duban, announced this afternoon that a new offshore oil and gas project will be developed in Gulf Province.

Project developer Twinza Oil, which operates a number of projects in the Asia-Pacific Region, will start developing oil and gas drilling next year.

Minister Duban said the project would be a liquefied petroleum gas (LPG) project that will benefit the local and international economy.

“I am pleased to announce that Twinza Oil has declared its operations off the shores of Gulf Province for hydrocarbon development,” Duban said.

Senior Project Engineer, Erick Kowa, said the offshore platform will be built 95km outside the Kerema Bay, and will concentrate to condensate gas.

Kowa said while Twinza is yet to acquire full oil and gas license in PNG, the development of the project is on schedule.

Meanwhile, Gulf Governor, Havila Kavo, maintained that this second oil and gas project must be equally shared to the people of Gulf Province.