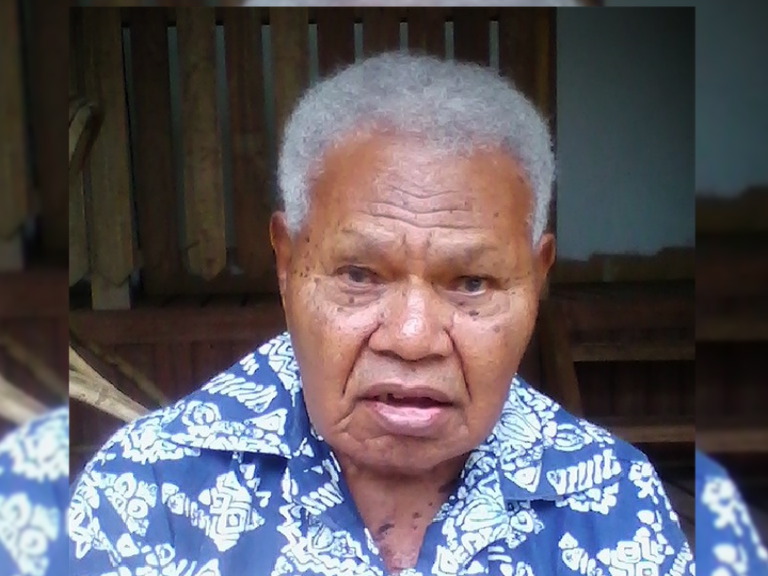 The New Ireland Provincial Government has farewell the late Samson Gila this afternoon in Kavieng.

A funeral service was held at the New Ireland Provincial Assembly Hall, which was attended by Governor Sir Julius Chan and members of the Provincial Executive Council.

Sir Julius on behalf of his government and family relayed his condolences to the wife and family of the late Samson Gila.

“At this time of loss, I hope you find peace in the knowledge that your husband, father, and grandfather was held in high regard, by his family and traditional leaders,” expressed Sir J.

Late Samson began his political career on the foundation of the Peoples Progress Party platform, he entered the local political scene during the late seventies and early eighties. He was recognized by the Queen in honoring him, as a member of the British Empire.

“ He was one of the recipients of my Government’s policy on the Old and Disabled pensions every year, for his personal upkeep and benefitted indirectly, through the other unique policies of Free and Subsidized Education, Roff Over Heads, Solar Lights and Ward level Projects. So long as you are a New Irelander my government embraces all,” said Sir Julius Chan.

He will be laid to rest tomorrow, at his village Wang on Tabar Island.

Hayfield Airstrip Ready To Use