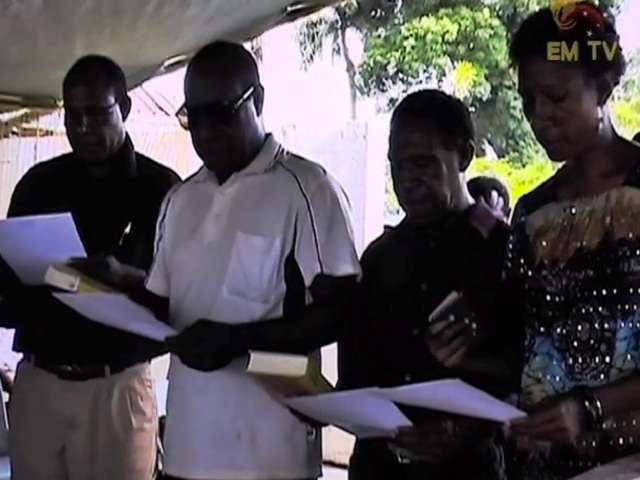 Against a backdrop of law and order problems inthe city, Lae now has a new court system to deal with long-standing issues inthe six wards.

They represent a portion of Morobe’s peace team that will address court related issues in some of Lae’s notorious settlements.

The idea of having this court system was establish by an act of parliament in 1973 but wasn’t implemented, and for Lae city it wasthe first.

“We are re-establishing village court in respective wards so that you can take ownership ofthe Law and Order in your own area; instead of taking a protest march down tothe provincial government and damage public properties,” said Gaiwata.

The system is similar to a village court but is structured for urban settings.

Ethnic tensions and law and order problems inthe city has been a growing concern for the Lae public inthe past four months and this is partly fueled bythe growing number of illegal settlements in and aroundthe city.

The deputy governor said those problems that can’t maketheir way through higher courts could now be solved through this legal means.

And withthe new urban court system in place, Gaiwata said this is one ofthe long term solutions to some of Lae’s outstanding settlement related law and order issues.

Berto ‘on a mission’ to unseat Mayweather