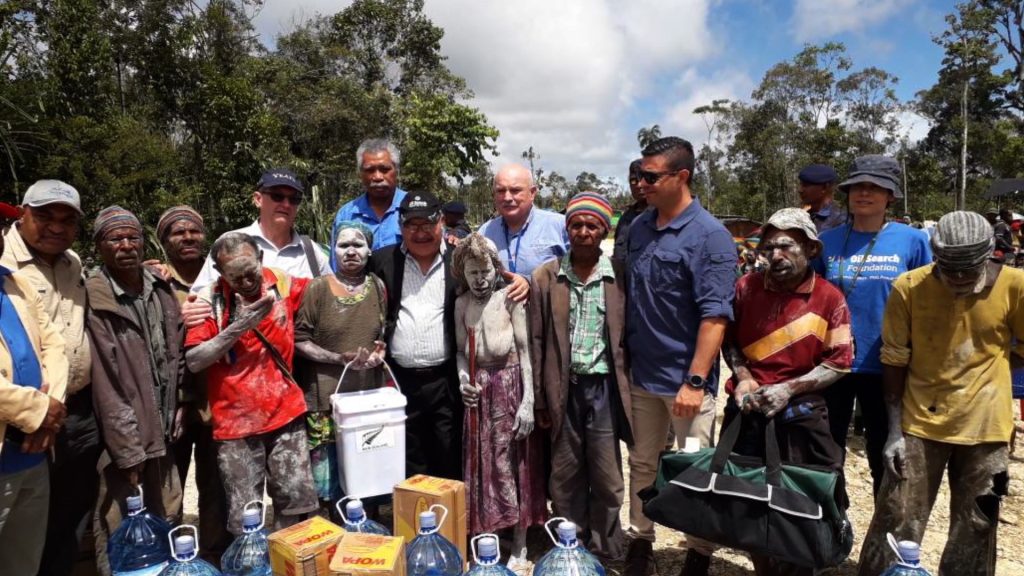 Dr Bill Hamblin, Emergency Controller of the team responsible for relief and restoration efforts in the Southern Highlands and Western Province has revealed that the National Disaster Centre (NDC) has not been funded since the 1970’s. This posed a marginal obstacle for the Emergency Controller to carry out initial relief efforts.

Dr Hamblin however, stated that aid from foreign donors and the private sector had gone a long way to launching relief efforts.

According to Dr Hamblin, his team is currently operating on installments of a K450 million budget; over four decades of accumulated funds that was allegedly never financed to the National Disaster Centre.

“The National Executive Council approved funding of K150 million for the initial emergency response. Those monies are being supplied in tranches. To date, K70 million has been deposited into the Emergency Trust Account. The government has provided 2 million to each of the most affected districts and K1 million to the less affected districts in the earthquake zone (K28 million in total).”

For the Restoration Team to launch initial relief efforts without funds was virtually impossible, amidst a landslide of issues that crippled an immediate response.

“The Controller when assuming office was faced with no effective disaster regime in place, no effective strategic plan in place to address the disaster, non-operational or ineffective Provincial Disaster Committees with zero funding supplied, no emergency store in place, no identified store in place, no equipment to load supplies, no transport being available to move supplies and essential relief and security staff, no essential store management, security or other staff in place, no extant Emergency bank Account or funding being in place.” Dr Hamblin outlined.

Dr Hamblin stated that the absence of an Emergency Trust Fund has put his team in a difficult position. “we had to borrow and bid,” he said.

He highlighted that at the time a State of Emergency was declared, the Emergency (General Powers) Act 2018 (which only allows powers for the Controller in respect only to the 2018 earthquake) had not been passed; hence, the Emergency Controller had no mandated powers at the time to acquire initial relief supplies.

“I could not use my emergency powers to compulsorily acquire food stuff as the Act had not been passed yet. I therefore, had to cajole suppliers into providing k2 million worth of food and water in advance of payments. I can assure you that was not an easy task, but one nevertheless was achieved,” Dr Hamblin stated.

He said without aid provided by international donors and the private sector, initial relief efforts would have not been possible.

“The extent of the disaster would have been far more devastating,” he said.

But that was only the tip of the iceberg when it came to financial strains. Dr Hamblin says the burden of funding restoration efforts is ongoing.

The Emergency Controller continues to dig out of the Emergency Trust Fund to cater for areas outside of its mandated jurisdiction; security, health, logistics, roads and infrastructure to name a few.

“The Controller reports to the National Executive Council, rather than the Department of Provincial and Local Level Government Affairs. The functions of the Controller are to alleviate suffering and minimise damage arising from circumstances giving rise to the national emergency.”

The Department of Provincial and Local Level Governments, to which the NDC reports, do not have the financial capacity to support them.

The Emergency Control team however, were pleased to announce that despite a shaky start, the relief phase is now winding down. As people have slowly started to return to their home, the Restoration team is now initiating recovery efforts.

The information published here is a fraction of a report presented by Dr Bill Hamblin at the 2018 Press Club on the 6th of June.