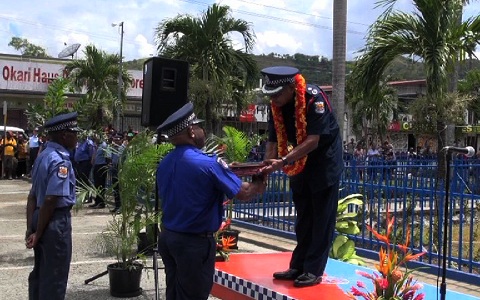 Atthe parade, policemen and policewomen were thanked for their monthly effort and some presented with gifts for their achievements.

NCD police personnel along withtheir Australian counterparts who are here as part ofthPNG- Australian Policing Partnership program, were all in attention mood asthey assembled for their monthly parade.

Governor, Powes Parkop in his speech, thankedthem for their hard work and toldthem thatthey must work hard in order to be rewarded, and that it was a good incentive that should happen every month.

The Governor also said that he had allocated funds to build a new barracks.