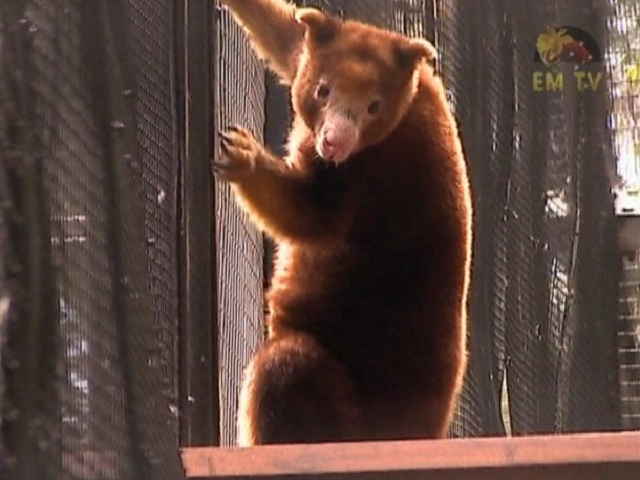 Two endangered species are now housed in world standard facilities. There are hopes of successful breeding in captivity.

General Manager ofthe Park, Michelle McGeorge, saidthese species are not found anywhere else inthe world and as suchthey should be protected.

The tree kangaroo’s home was opened today. The facility will to give peoplethe chance to walk through and viewthe marsupials.

They are part ofthe bigger family of native and endangered animals and plants found inthe Park.

With its staff support at sixty,the Goal ofthe Park is to bPNG’s leading attraction site.