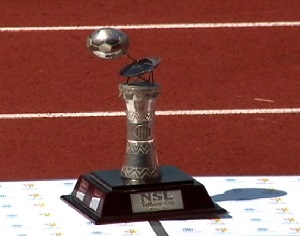 The Telikom National Soccer League announced a new restructure to its competition with a two –tier format to be introduced, once the competition begins in mid-November.

12 teams have been confirmed to participate, with six each, in both a northern and southern confederate pool.

The announcement today signifies a change in the direction that the league wishes to take, to improve the standard of football being played in the country.

NSL Board Chairman, Isaac Lupari, says his organization is now looking at a far better, much more professional competition.

Lupari emphasised the importance of a good management system being put in place, with the aim of ensuring continuity for the league as well as the clubs participating.

With the two-tier format, the Northern Conference will consist of the Momase, Highlands and NGI regions, with Admiralty, BESTA FC, Goroka, Welgris, Madang and defending champions Lae City Dwellers.

While the Southern will mostly involve Port Moresby based sides, with Hekari and FC the only remaining members from last season’s competition to be based in the Nation’s Capital, new inclusions are Gigira Laitepo FC, Erema FC, and PS Huawe.

PNGFAs General Secretary, Dimirit Mileng, said that quality and also cost cutting measures for clubs were some of the factors leading to the decision taken when introducing the new format.

Hekari United Franchise Manager, Vonnie Kapi Natto, agreed with the proposition, saying that her club had to deal with a large expenditure, in order to compete at both the domestic and international level.

The board will at a later date meet with all franchise teams, to further discuss the competition guidelines and expectations, and those announcements are expected over the coming days leading into the start of the NSL.

The competition will commence by November 15, and will run through the festive season, with the second-stage finals to be held in April 2016, with match venues to include Madang, Lae, Goroka, The Sir John Guise Stadium and Bisini, in the nation’s capital.