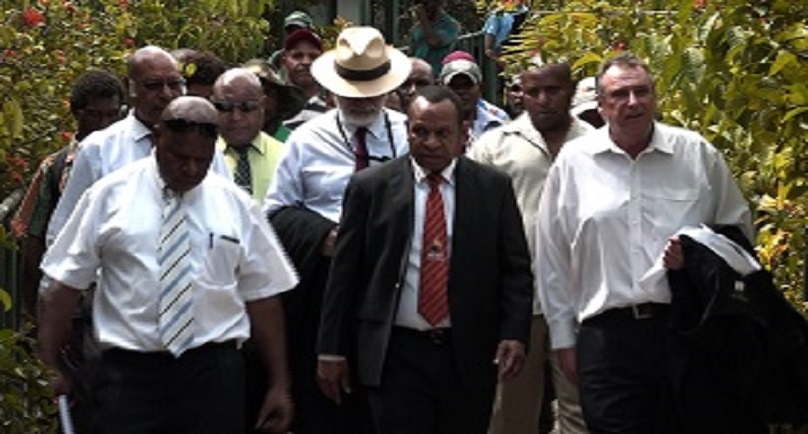 A three-man bench Supreme Court ruling is reserved for tomorrow on an application filed by the Public Prosecutor, to dismiss Belden Namah’s substantive hearing of Reference on his Leadership Tribunal.

The reference hearing was referred up to the Supreme Court for interpretation of a constitutional question.

However, Public Prosecutor Lawyer Laias Paul Kandi, argued to the court that it was an abuse of process.

On February 1 this year, Acting Judge Salee Koeget of the National Court stayed the proceedings of the Leadership Tribunal, and referred to the Supreme Court to determine a Constitutional question arose, relating to the interpretation of Section 169, sub-section 4C.

Lawyer Kandi argued that the Acting Judge made an error to refer the reference hearing to the Supreme Court, because the manner in which the referral was made was an abuse of process, and he asked the Supreme Court to dismiss it before the hearing.

He also argued that the Court did not listen to the plaintiff, Belden Namah, or the defendants before handing down its decision.

Namah’s Lawyer, Greg Shepard, responded that the Supreme Court is the specific Court for References such as this to be challenged.

Mr Shepard was surprised about the application today, and told the court that it was also an abuse of process committed by the Public Prosecutor.

The court will make its ruling tomorrow.

Policing Challenges in a tough Environment